So apologies for the radio silence over the past month or so… an early Federal Budget meant I was a little distracted with work duties and have only just come up for air – and just in time for the annual Muster!

The week started with work travel to Melbourne and Canberra meaning that as usual, our lead-in wasn’t the most restful and I wasn’t as prepared as I might have liked. Nevertheless I went alcohol free for the week (no mean feat when Tuesday night was what has traditionally been known as the ‘Budget Binge’) and made sure I kept up my exercise routine while travelling.

I knew we were riding on Friday, that the plan was to leave early and that we were going to Mansfield via some other places. I packed my bag on Thursday night, tidied up for our fur-babysitter and then tried to get an early night!

As usual, the Kiwi beat me out of bed, but I was up at 1.30 and ready to go just after 2am. Surprisingly for me I felt quite bright rather than my usual dozy early morning self, and we headed up to the local servo to fuel up, get our start receipt and our witness form signed. Aside from a drunk guy getting out of an Uber to stock up on cigarettes and condoms, things were pretty quiet, and the servo attendant was happy to sign our forms without too much drama.

The roads out of Sydney felt bizarre with almost no vehicles (has the apocalypse arrived??) and it wasn’t until we were on the M1 heading north that we hit the usual early morning trucks and trailers moving freight up and down the East coast.

We paused briefly at Beresfield for “comfort” and a fuel top-up and then headed north to the Bucketts Way turn-off. Not long afterwards the road lived up to its name and the rain came pouring down on us. I don’t mind riding in the rain and I had all the right gear on but with the humidity and the cooler temperatures my visor was fogging up. In the choice between not being able to see and having a wet face I picked having a cold, wet face – so I cracked the visor. At least I could see!

I was also starting to feel a bit dozy so the sound of raindrops on my helmet was very lulling and despite the wet, I’m pretty sure I snoozed most of the way to our first real stop of the day at Gloucester.

After a wee break, a coffee and a party pie (with sauce!) we got back on the bike for the next leg up Thunderbolts Way to Tamworth. I was still napping on and off through the fog and it wasn’t until the sun really started to come up near Walcha that I emerged from my doze.

What’s not to love when this is the scenery!?!?!

Our second coffee stop in Tamworth was rather longer than expected. We think they might have been growing the beans out the back but finally, 20 minutes later and with a few layers of clothing removed, we were back on the road. So far so good.

The last dash of the morning got us to Narrabri and the northernmost corner of our route for the day. Franz caught up with us at the servo where we fuelled the bike and shared a sandwich but we parted ways as Franz paused for some sustenance and we turned our trusty steed south.

And then the going started to get tough. We’d been on the road for 9 hours and only had about 660kms under our belts, which meant another 1000 to go… Between Coonabarabran and Dubbo we hit the half way mark and I was starting to struggle.

We crossed paths with Fatman and Lynne the Pillion in Dubbo and it was nice to see them and know we were on a similar path. After a short pause at the kerb, we went on our ways.

I was feeling a bit sleepy and also starting to struggle with the mental side of being just over half way on a very long ride. It felt like we’d been on the road for ages, and yet we were only half way! I didn’t feel like I could keep going for the same amount of time again. It was warm and still getting hotter, my ass was really starting to hurt, and the scenery had gone from green, lush and interesting to red and dusty with straight roads everywhere. In short, I was really questioning my ability to do this 11 days in a row for the IBR. Is it too late to pull out???

Other than that, the leg from Dubbo to Narrandera was pretty uneventful. Temperatures hovered in the high twenties, the road continued unbroken ahead of us and the Kiwi kept punching out the distance. I napped a bit and we paused at Forbes for fuel.

Bizarrely, there were a few hardy campers who were setting up in a rest stop beside the Newell Highway for the night. I can’t imagine anything less appealing than spending the night trying to sleep while B-doubles scream past. But apparently it’s a thing.

At Narrandera we stopped for dinner – Kiwi fuelled up and I ordered food. Burger with chips for him, chicken wrap for me and an OJ to share. The dining room was freezing but it was nice to cool off and 20 minutes later we were back on the road and into the final quarter of the ride.

We had a minor misstep leaving Narrandera and nearly went via Wagga Wagga instead of Urana… Thankfully Kiwi was onto it and we did a neat u-turn before getting back on track. The sunset was divine and while there were a few animals around, they were mostly off the road and the roos were fairly small.

By now it was dark and I was ready to be there already. The last 300kms were a countdown – nearly there but not close enough. But I could feel it and that made it a bit easier to get there.

The truckies appeared to have an issue with our lights, with one gentlemanly sort switching on his LED reversing lights while we were following him. He seemed to get a surprise when Kiwi showed him what the high beams could do. Off the Hume Highway it got a little easier, but the wildlife became an issue again. Kiwi got squashed a few times when he braked for baby Roos and I skated forward on my seat into him. But he skilfully or luckily avoided any damage and we made it to Mansfield unscathed at about 9.45pm.

We headed out the other side of town to the BP to refill the tanks and get our finishers receipt and one of the attendants was happy enough to sign our witness form. So we trundled back to town, found our hotel, showered up and crashed into bed. To say I was tired is an understatement.

It turns out that we were not, as we expected, finishers in the Mansfield Muster. We were supposed to finish the ride on Saturday and had we hauled ourselves out of that comfy bed sometime between midnight and 2am we could have been finishers. But I hadn’t read the rules at all and Kiwi hadn’t registered that part of the rules. More on that and other lessons in the next post. Suffice to say we’ll complete our paperwork for a regular saddlesore and send it off for a separate certification.

For now, it’s bedtime and more of our adventures on Saturday and our return home in the next post – and I promise it won’t be quite such a long time between drinks as it was to get to this one. I also know I promised a comparison of the Corbin vs MJM seat and that will come soon. With the election now announced, I’m hoping to have some more time to focus on the important things 🙂 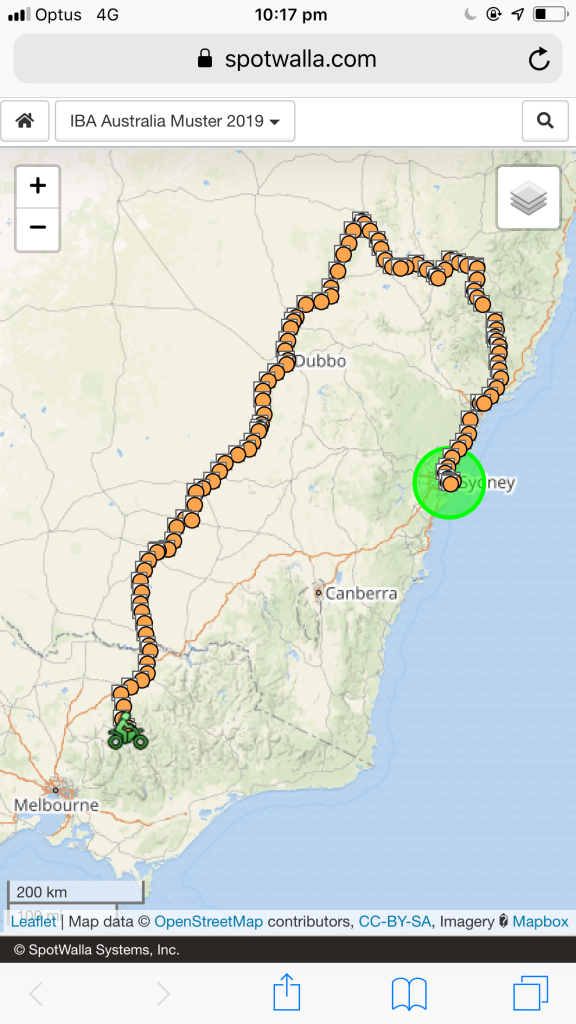