I think this year marks my fifth trip to the annual World Super Bikes at Phillip Island and this year I rode down from Canberra on the VFR 800 Crossrunner again after a return to the pillion seat in prep for Butt Lite last year.

We headed out of Sydney on Thursday morning leaving a sad-eyed puppy dog in our wake. I pillioned as far as Canberra and we had a few stops along the way for errands – picking up a replacement clutch lever for the 1200 GS and the new and improved pillion seat (!!!!) for the R1200RT in the US – and morning tea at a foggy Exeter. 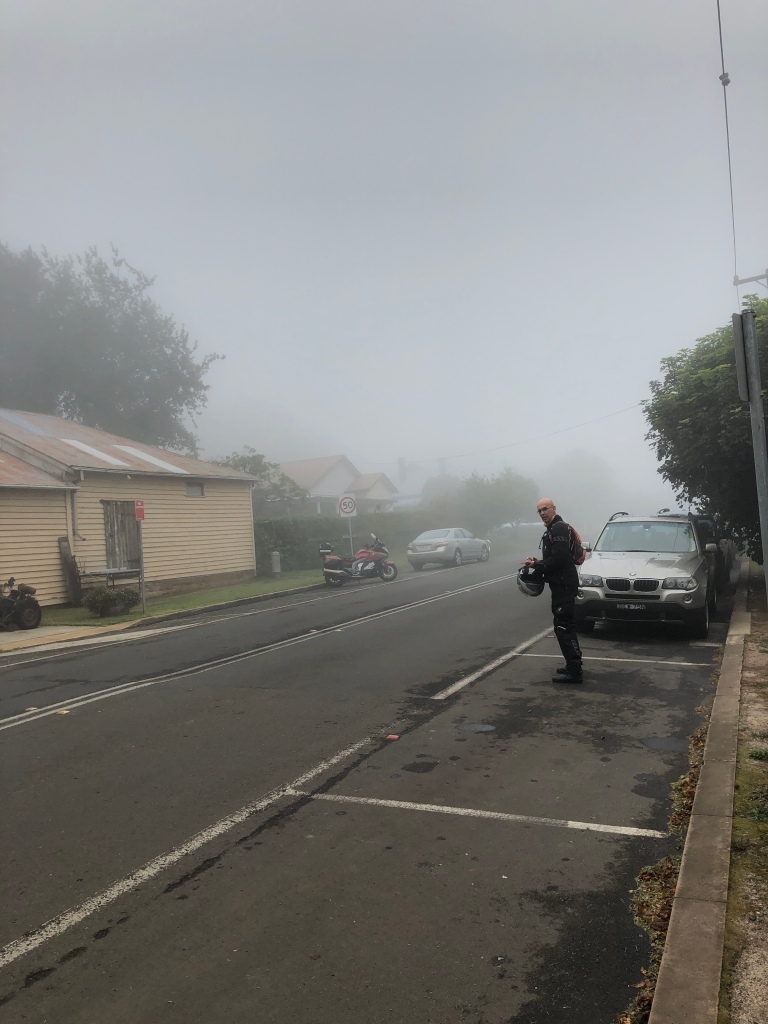 At Canberra Motorcycle Centre we collected the bike which had been in for a major service, new tyres, and to get crash bars fitted and were on our way with my wallet roughly $1900 lighter.

We met up with Rob and Henri on our way south and although it took me a while to get in the groove, it was nice to be back in the rider’s seat and it was a beautiful afternoon to be riding. I had my first taste of ‘gravel surfing’ with both NSW and Vic Governments investing some serious cash in roadworks all the way, and was a bit pooped by the time we reached our digs for the night at Lakes Entrance.

Things I noticed during the ride:

Friday we did the last leg from Lakes Entrance to Cowes which was lovely apart from a group of stupid riders who decided to stop and have a convo in the middle of the road and some frustration with myself when I muffed a couple of corners. I also managed to score a stop at the Alison Lester shop in Fish Creek where I purchased some great art and drooled a lot over pretty things to put on our walls back home.

Saturday and Sunday at the track were enjoyable and relaxing but rather less entertaining than previous years. Bautista on the Ducati V4 dominated all three races, almost from the start, to the point that even the commentators were focussing on the race for 2nd place rather than the race for 1st.

The weather was divine – warm and sunny with a bit of breeze to keep the temperature from getting out of control. But nonetheless there were plenty of very sunburnt people in Cowes on both Saturday and Sunday nights as well as some very drunk people at the track during the day. Being hungover with third degree burns isn’t my idea of a good time but each to their own, I guess. 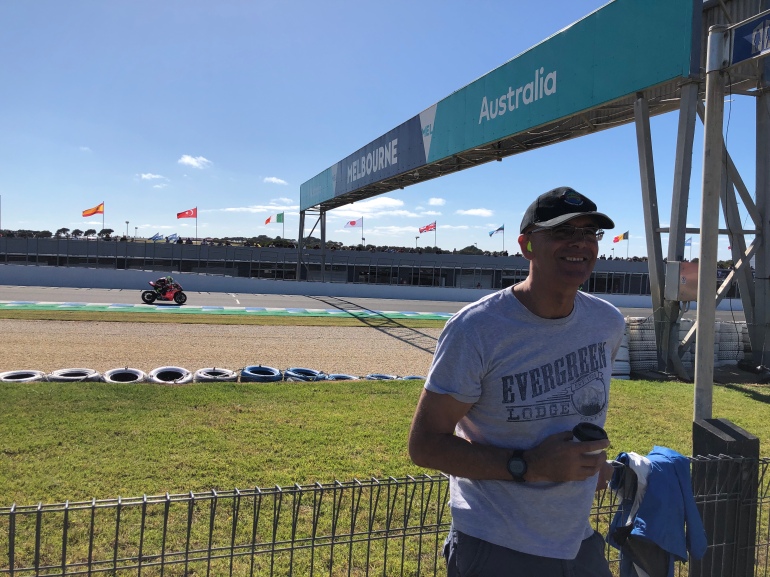 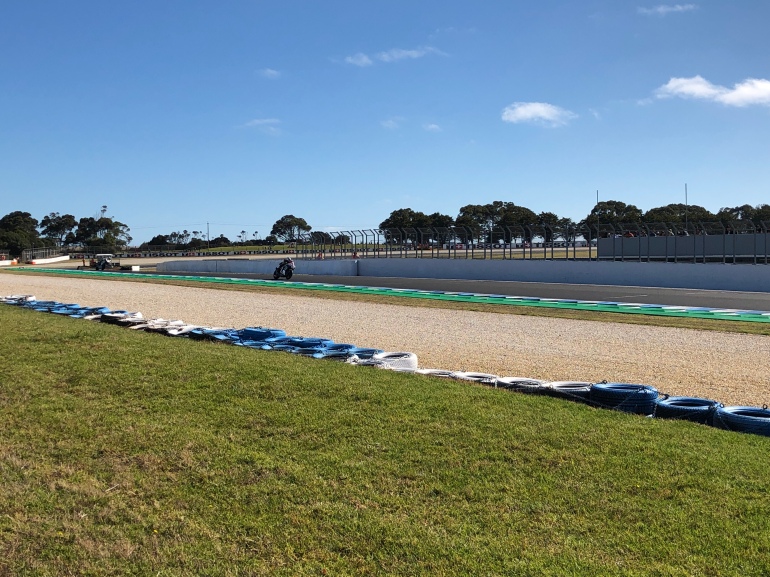 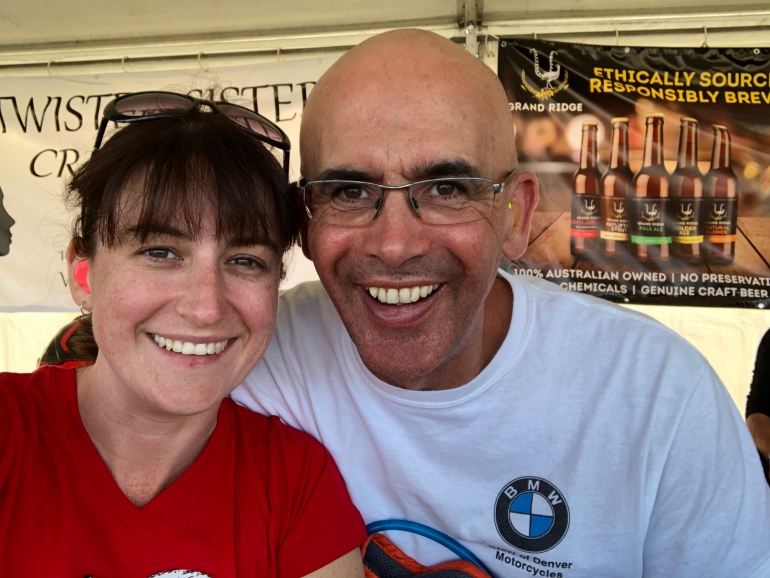 Because it’s not all about the racing, we also had delicious food and wine all three nights. Italian at Pinos on Friday, Mediterranean at Bani’s on Saturday and just really good meat (ribs for me, burgers or steak for the boys) at Grenache on Sunday. While I missed some of the conversation each evening (I only speak a few words of ‘moto-speak’) there was plenty of laughter and it was a pleasure to share the giggles and silliness. 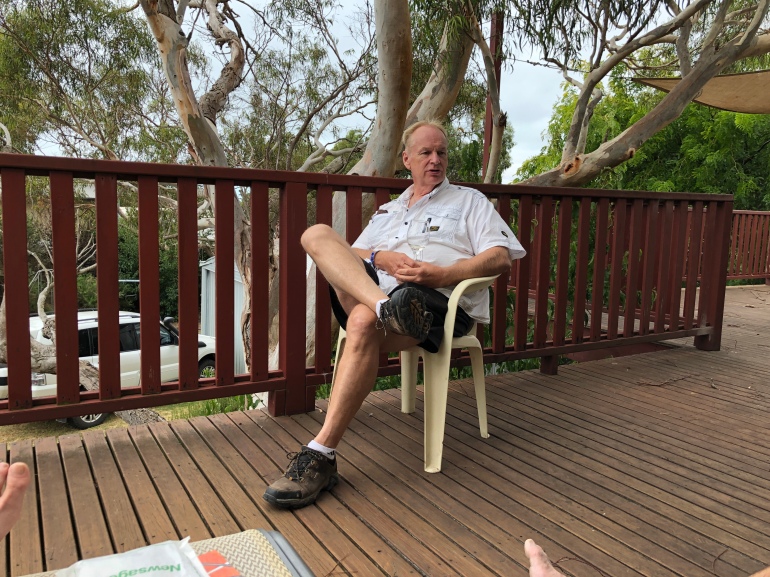 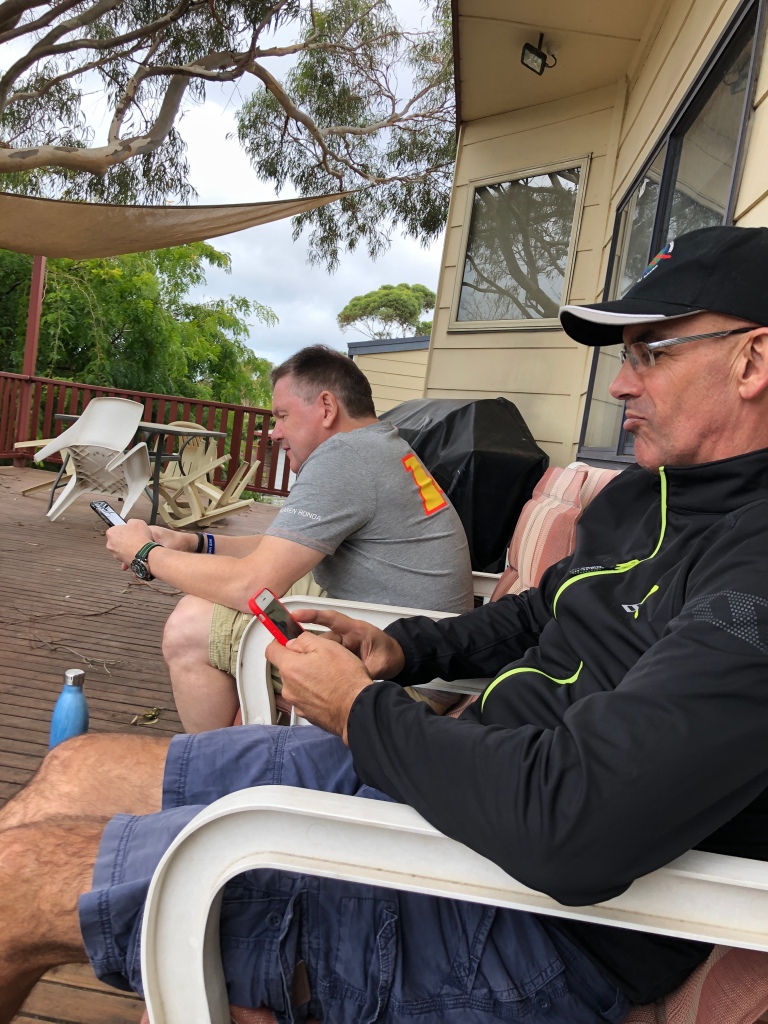 After all that fun it was back on the bike this morning – back to Canberra for me and an extra leg to Sydney for the Kiwi. Just like 2 years ago, the Monday ride was where I found my groove and I loved sharing the ride. It was a bit tough heading east at sunrise and I was pleased to have Kiwi leading the way but through Gippsland the scenery was gorgeous and I love riding through the forests and on up the road between Cann River and Bombala. I managed to keep my head and eyes up and while there were still a few stumbles at low speed, I never felt like I had lost control of the bike altogether! Yay!

Again, we had great weather and combined with morning tea in Yarram, lunch at Cann River and some of the best riding company around, it made for a great day in the saddle.

We dropped the bike back to the storage unit and Kiwi has continued on up the Hume to Sydney and the puppy dog tonight. I’m in a hotel in Canberra and strangely jealous that once again I’m not quite completing the ride with my man.

My butt isn’t as sore as it should be given we did about 750kms today and with a wine in my hand life is good. Unfortunately tomorrow it’s back to work but hopefully it won’t be too long before I’m back on the bike again.

Next up: comparison of two pillion seats – Corbin vs MJM